← Intestinal flora responsible for CAD , but this time also for CV events
How to Manage High INRs in Warfarin Patients ? →

In 2010, drinking sugar-sweetened beverages was associated with about:

38 000 deaths from diabetes in Latin American and Caribbean countries.

11 000 deaths from CVD in Eastern- and Central-Eurasian countries.

Drinking one 12-ounce sugar-sweetened soft drink a day can increase the risk of type 2 diabetes by 22%, a new study from Europe suggests.

One 12-oz daily increment in sugar-sweetened or artificially sweetened soft-drink consumption was associated with the development of type 2 diabetes (hazard ratios [HRs]) 1.22 and 1.52, respectively).
A recent study from France found a link between drinking diet soda (and regular soda) and increased risk for type 2 diabetes in women. 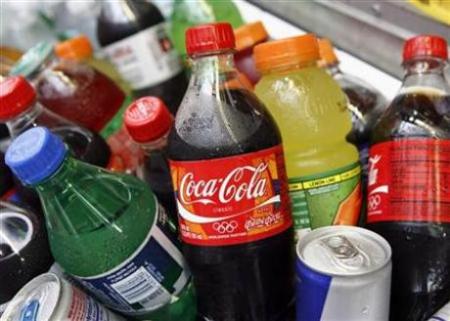 The American Heart Association recommends that you consume no more than 450 calories (36 ounces) of sugar-sweetened beverages a week,” Johnson noted.

“Inflammation is a key factor in the pathogenesis of cardiovascular disease and cardiometabolic disease and could represent an additional pathway by which sugar-sweetened beverages influence risk,” say Hu et al.

The researchers also observed a direct association with glucose and fructose consumption and blood pressure as well as a strong interaction with glucose, fructose, and sodium. In a stratified analysis, fructose- and glucose-related differences in blood pressure were observed only for participants who had higher levels of urinary sodium excretion. For example, for individuals with above-the-median 24-hour urinary sodium excretion, an increase in fructose consumption (2 standard deviations) was associated with an increase of 2.5/1.7 mm Hg systolic and diastolic blood pressure after adjustment for height and weight.

Posted on April 29, 2013, in Uncategorized. Bookmark the permalink. Leave a comment.

← Intestinal flora responsible for CAD , but this time also for CV events
How to Manage High INRs in Warfarin Patients ? →