Case: A 54-year-old woman without significant risk factors for coronary artery disease presented to our services complaining of a 4-week history of exertional dyspnea (NYHA class III) and pedal edema. The patient did not have any history of alcoholism, family history of heart disease, or sudden cardiac death. ECG showed sinus rhythm and a left bundle branch block pattern of unknown duration. Transthoracic echocardiography showed a dilated left ventricle and severe global hypokinesis with reduced ejection fraction of 25%. A coronary angiography was performed that revealed no significant coronary stenosis. CMR was performed . 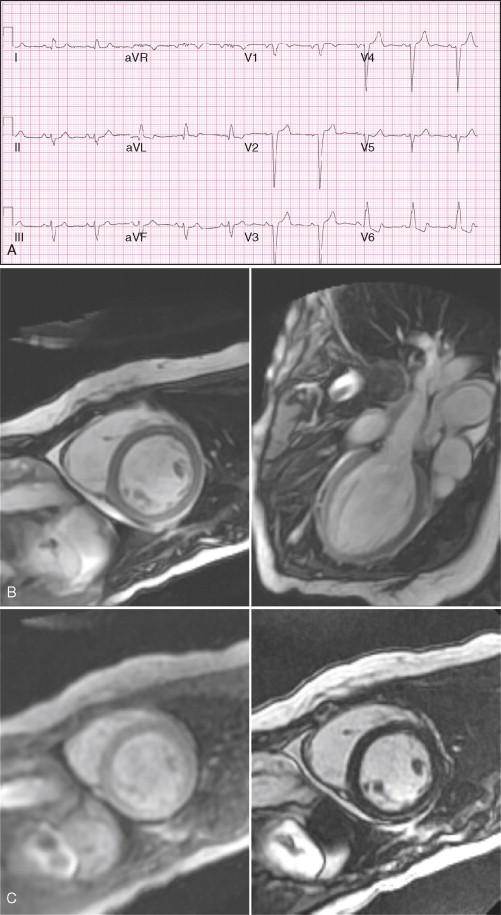 For more information please Click on Read the Rest of Article !

Determining the etiology of heart failure is essential for directing the correct treatment and predicting survival of patients who presented with new cardiac failure. CMR can often differentiate ischemic from nonischemic etiologies by the pattern of distribution of LGE. Indeed, in patients with idiopathic nonischemic cardiomyopathy, there is often a distinct pattern of LGE presenting as patchy longitudinal midwall LGE that spares the subendocardium and subepicardium and does not conform to a coronary vascular territory, as in our current case. The transmural extent of this midwall LGE has been implicated in the pathogenesis of ventricular arrhythmias in patients with nonischemic dilated cardiomyopathy. More recently LGE has been shown to prognosticate cardiac events in patients with this condition.

Posted on September 10, 2014, in Uncategorized. Bookmark the permalink. Leave a comment.